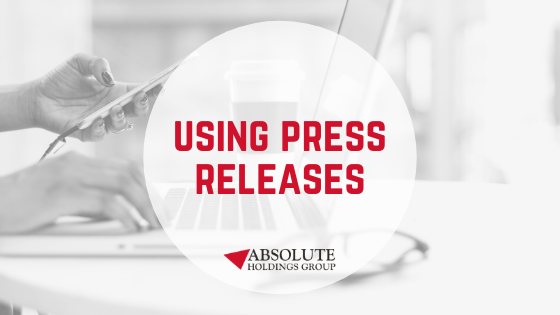 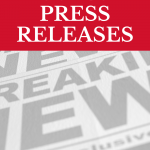 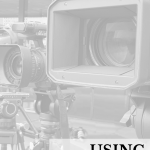 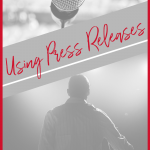 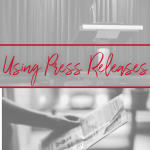 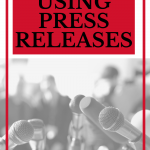 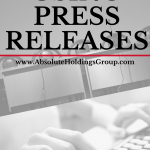 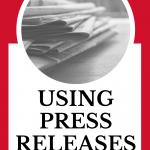 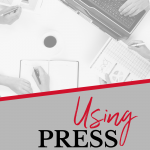 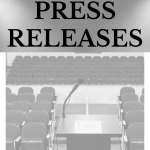 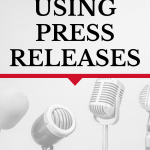 About to publish your company’s latest press release? Wait—STOP THE PRESSES!!!

People have been saying for some time now that press releases have become irrelevant; that they’ve gone the way of the dinosaur. Well, press releases definitely aren’t extinct, but businesses do need to use them more strategically in order to get the returns they expect. Before you publish another tired old traditional press release, spend a moment with us to learn about using press releases the right way—the way that translates into the most profit for you and your businesses.

Press releases used to serve one purpose: to inform people about breaking news. Now their purpose is manifold. They’re a valuable source of SEO for company websites. They deliver pertinent information to investors. They help spread the word about new developments so that everyone within the company stays well-informed and unified. And, yes, they still alert the media—and thereby the general public—to newsworthy goings-on involving your company.

Perhaps the best things a well-put-together press release can do for you are to support your brand identity, spread awareness of your company values and social initiatives, establish your brand’s position as an industry authority, and reinforce your company’s credibility. (But only, of course, if it’s done right.)

For at least a couple of centuries, press releases were mainly distributed in newspapers and other print media. They used to appear as dense blocks of text, frequently without any pictures or even a catchy headline—hard on the eyes and on the mind. Nowadays, press releases are more dynamic and exciting. No longer bound by the limitations of physical print media, they can be in video format, in podcast format, or published on a social media platform like Facebook, Reddit, or Twitter, where consumers can be encouraged to reply and discuss in the comments section.

It seems that the typical approach to distributing a press release is “spray ‘n pray.” In other words, sending it to as many news outlets as you possibly can, hoping one or more of them will take the bait and turn your amateur press release into a professional, in-depth exploration on behalf of a major news outlet.

How’s that been working out for you? Thought so. Here’s the solution: Try looking at your news through the eyes of a journalist. Good journalists know that the stories that really resonate with readers or viewers are those that are interesting, relevant, and well-executed. If the content of your press release doesn’t fill these qualifications, journalists will be less likely to prioritize your news story.

Eye-catching graphics, clever headlines, and short video clips are usually successful at getting clicks and comments, but try to avoid turning your headlines into “clickbait”; your target audience will respect you more for it. (Note the difference between these two headlines: “Rubber Baby Buggy Bumpers: A New Invention for Safer Trips to the Store” vs. “If You’re Not Using This One Device, Your Baby Could be in Danger!” The second example is clickbait, a dirty trick that plays on people’s fears and other strong emotions in order to get them to click on an article.)

Don’t be concerned about length (unless you’re preparing for a TV spot or an online video, in which case, see below); focus more on relevance. Is your news timely? Does it contribute to an existing conversation? If so, is that conversation already played out? If not, can you start a new conversation by sharing your news? Another important aspect of your press release should be its accuracy. We talked about how press releases can strengthen your brand’s image and credibility, and failing to fact-check your press release can sink your ship for sure.

Do try to include SEO if possible, but don’t randomly scatter your keywords around like mines in a field. Instead, include them organically, like flowers in a field. (Mines = bad. Flowers = good.) It will make the writing flow better, and it will keep you from looking like you’re obviously trying to stuff keywords in just to improve your SEO. Believe it or not, Google actually penalizes sites for keyword stuffing. It’s a press release, not a Christmas turkey.

There is a plethora of other options besides the news media for spreading awareness about your brand and its values. You should only alert the press if your company’s news is timely and potentially impactful, or if it contributes meaningfully to a current discussion taking place in the wider world. Otherwise, share it on social media and on your website instead, and contact your investors to share the news directly.

Don’t be afraid to hold back on a press release until the timing is better. If it’s a good story, it will still be important when the planets align and the perfect time comes around. (For example, maybe don’t pat your CEO on the back in your press release while the rest of the country is still dealing with the coronavirus recession. Unless, of course, your CEO is pledging a portion of the company’s profits to help develop a vaccine or something along those lines.)

Getting the Word Out

If you’re publishing in print, whether physically (like in a newspaper) or online (like in a news feed or a social media platform), make sure your press release is well-written and carefully proofread. Bad grammar and spelling mistakes make everyone look like an amateur, and that’s certainly not the image you want people to associate with your business.

If you’re aiming for TV or for a video sharing site like YouTube or even TikTok, try summarizing your news story into bullet points to keep it as succinct as possible. Also, having some relevant B-roll footage on hand to send television news outlets is helpful and will make it much easier for them to broadcast your story.

If you’re pitching to more than one news outlet, that’s good; if your press release is interesting, relevant, and well-executed, sending it to more than one news outlet will increase its chances of making it into the day’s news cycle. You can increase those chances even further by tailoring your pitch to each specific outlet. For example, the New York Times probably has a completely different style and “personality” than does your local newspaper, so you’d want to change your tone and approach appropriately.

Remember that news is only news when it’s still new, so once your press release has been published, make sure to have a company spokesman ready to immediately answer any follow-up questions from the media.

When posting your press release on your company website, consider writing a brief one- or two-paragraph “teaser” with a link to the full story on whatever host site or media outlet originally published it for you. This speaks to your company’s credibility. Your target audience will be more impressed to see that the New York Times covered your story than if they see the whole thing on your own website first.

Finally, be aware that distributing a press release costs money—sometimes a lot, depending on which type of distribution service you use. It shouldn’t deter you from going ahead, but don’t let the price tag shock you. As with everything else, you get what you pay for.

Does writing and distributing an effective press release feel oppressive to you? Let Absolute Holdings Group handle the whole thing for you. We can affordably research, write, and distribute your press release with minimal effort on your part. Reach out to us on social media, contact us through our website, or pick up your phone and give us a call. We’re here to help!